The much-anticipated 2022 Formula 1 season gets into gear in Bahrain this weekend, so we talked to PlanetF1 editor Michelle Foster about her own journey to the top job on the site.

Over the last four years, Michelle and her team have grown PlanetF1’s readership five-fold, as well as growing the social media channels and cultivating a sizeable audience on MSN Sport and Apple News.

In December 2021, when the finale to the World Championship title battle between Lewis Hamilton and Max Verstappen reached a controversial climax, 4.5 million readers visited the site and clocked up over 20million page views in the process.

Michelle is based in Cape Town and oversees a team based in the UK and Italy. 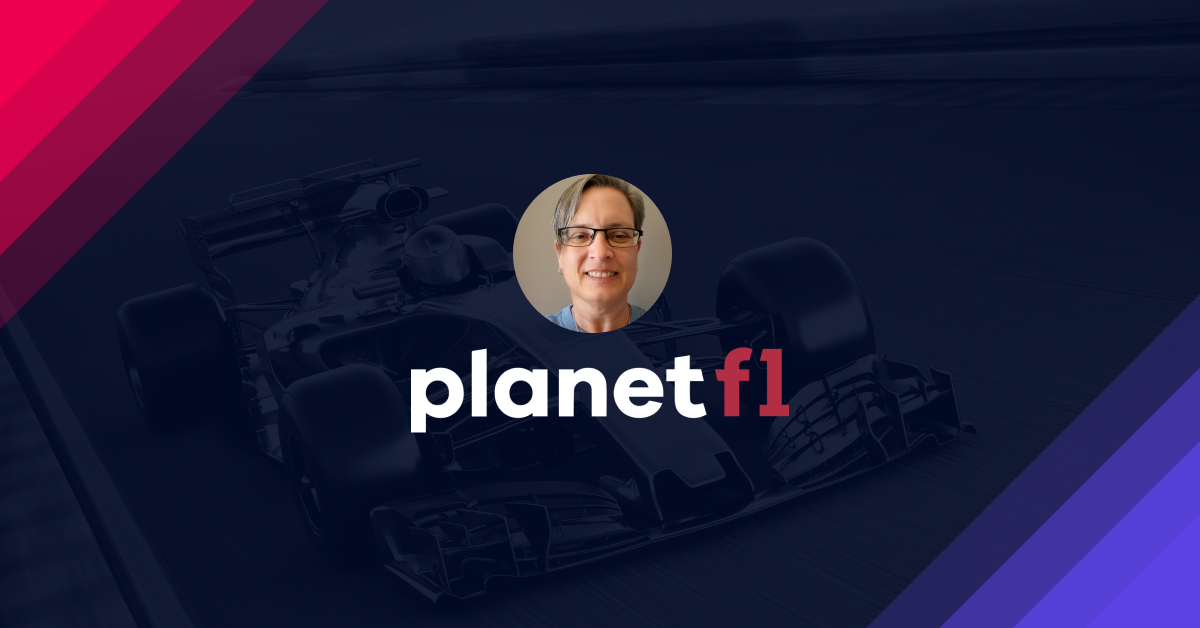 Let’s go right back to the start. When did you first start working for Planet F1 and how did that come about?

I started out as a general sports journalist in 2000 with a company called 365 Digital (there's a funny story there about a golf trial article in which the birdie was sitting in a tree - maybe they felt sorry for me) and down the line, they needed someone to write F1 content for a client. I put up my hand as I've always loved motor racing.

I took my chances overseas, working for a French-based F1 website but living in London. Come December I decided it was time to go home as I'm not built for the cold.

I came back to Cape Town, continued working for the French company but then received an offer from 365 to work on PlanetF1. Never looked back.

Let’s fast-forward to more recent times. Planet F1’s audience and social channels have grown massively over the last four years - how have you achieved that?

Trial and error - how most lessons in life are learnt. PlanetF1 has an incredible team. It still blows my mind that we went from two people, there were even months with just one (me), to five full-time journalists and several freelancers.

It has given us more leeway to focus on what we're good at, while also being around pretty much 24/7 to cover breaking news.

There is a lot to be said in today's online world for being first with the news and we have a few tricks up our sleeve for finding the big news, the stories that are hidden, especially in the foreign press - those are often the ones that take off.

On the social media side, people absorb their news via one-liners (and then hopefully head to the actual content) and we've made a concerted effort to reach out through those channels - a mix of news, humour and bullet-point information.

Again we've learned lessons along the way, had to deal with ever-changing algorithms, and somehow in the mix of all of that, motorsport editor Mark Scott has nailed down the perfect formula - content, timing, and style.

Knowing your readers, and what works best with them, is of course always the first thing that needs to be established.

Let’s talk about those readers, as they really are engaged with your content, commenting on every article. Many come back every day - what do you think is the main pull for them?

Our readers love Formula 1, there’s no middle ground for them and having a platform where they can celebrate or commiserate with like-minded people - there are only 10 teams to support - or rant about those who wronged them gives them a community that is literally made up of people from around the world.

But first and foremost we’re not just good with news, we’re great with it. It is PlanetF1’s biggest drawcard.

We are a one-stop for the news from around the web, and our features and commentary on said news is just the cherry on the top.

We’ll give you the unbiased news, the facts as they happened, and then we’ll tell you in separate opinion pieces what we think of that. We are not afraid to have an opinion. We have to discuss that finish in Abu Dhabi in the last race of the 2021 season. The debate over Michael Masi’s decisions has raged for months - what’s your view on what happened?

Oh boy, oh boy. This is one that is likely to be remembered as long as Max Verstappen and Lewis Hamilton are alive. The time Lewis was robbed of a record-breaking eighth World title, and the time Verstappen was handed a first - at least that’s the opinion of some.

I believe Verstappen deserved that title, and I believe Hamilton deserved to win that race. That Masi only allowed five of the eight lapped cars to unlap themselves is for me the sticking point, and it always will be. That was plain wrong.

But I am glad Max has that title, he deserved it (especially after Mercedes took him out for two races in a row, Britain and Hungary), and I’m glad Hamilton is back to try for that eighth.

Lewis Hamilton is back - and seems hungrier than ever. His battle with Max Verstappen will hog the headlines - but which other drivers/team battles are you excited about seeing?

Nailing my colours to the mast, I want to see the Ferrari battle play out. I, and just about everyone but Carlos Sainz, believed Charles Leclerc would dominate that last season and instead Sainz beat him.

This year there is even more to play for as Ferrari will (they had better) win a grand prix or seven so that friendly relationship is about to implode.

Another one that could have spice is Lando Norris versus Daniel Ricciardo. Last year’s battle was a bit overblown by Netflix but that doesn’t change the fact that Norris destroyed Ricciardo. I reckon if he does it again this season that could be Danny Ric’s McLaren - maybe even F1 - days over.

And of course, you can’t skip over Hamilton versus George Russell. The maestro versus the pretender, that is probably the big intra-team battle of the season - unless Toto Wolff and co issue those dreaded team orders.

On the driver versus driver side, Ferrari versus Hamilton or Verstappen would have the tifosi - and PF1’s numbers - screaming for joy.

PlanetF1 is actually referenced in the second episode of the new Drive to Survive series, which explores the relationship between Norris and Ricciardo. The Netflix show has clearly opened Formula 1 to a new, younger audience. What are your views on the series?

Drive to Survive is awesome as a TV series – but in my opinion, it is not Formula 1. Netflix takes the most dramatic and the most controversial parts, i.e. the stuff that sells, and turns it into a soap opera. And that is great.

It is great for Formula 1, it has brought so many younger viewers to the sport, it has opened doors and has people who would otherwise not know about F1 talking about it…I mean Danny Ric was on The Ellen Show.

Let’s finish off with a few predictions for the 2022 season. Who is going to be crowned World Champion - and who do you fancy for the Constructors’ Championship now that testing is over and the real action is upon us?

Speaking from my heart - and my tattoo! - Ferrari will romp away with both championship titles, although which of the two drivers will come out on top I can’t say.

But as a Ferrari fan who also supports Arsenal, and loves South African cricket, I have learned over the decades that disappointment and my sporting teams go hand-in-hand.

So… Max Verstappen will defend the Drivers’ Championship, I predict, but again it will go down to the last race or two. And Mercedes will win the Constructors’ - Ferrari may even come second in that one if the stars are aligned.