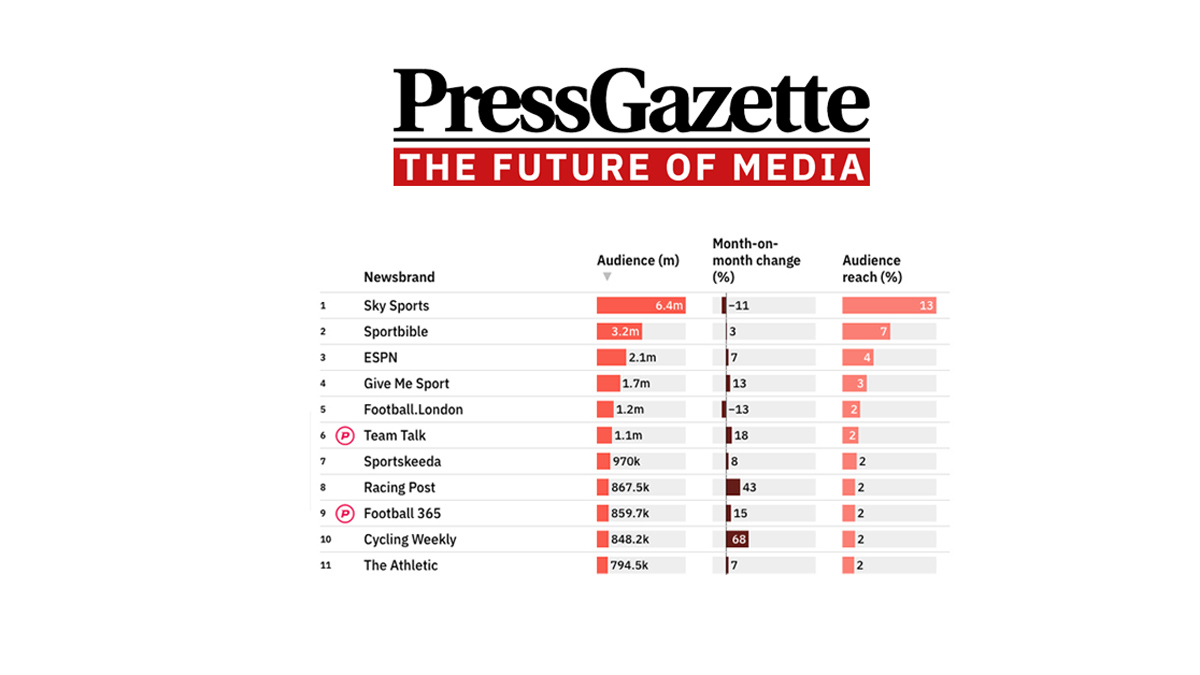 Based on data provided by Ipsos iris, Press Gazette ranked the top online brand groups and selected the biggest which, in Press Gazette’s view, mainly cover sport, excluding the websites of individual clubs and sports associations such as the FA and UEFA.

The data was partly derived from a panel of 10,000 people aged 15 and over that is designed to be nationally representative. The participants have meters installed across 25,000 personal devices to passively measure website and app usage.

Planet Sport's football transfer specialist site TEAMtalk featured as the 6th most popular site in June, closely followed by stablemate football title Football365 in 9th and the group's Planet F1 proving to be the top UK F1 title in 13th.

The news was particularly positive for TEAMtalk which had recently launched a a front-end design overhaul, proving football fans were appreciating the new look for the site.