Introducing our brand new monthly feature, 'Behind The Headlines'.

We'll dive into the minds of our award-winning journalists with a review of some of our best or most interesting pieces of content from across our network in recent weeks.

First up, here's the inside scoop on three great articles from Football365, PlanetRugby and Tennis365. 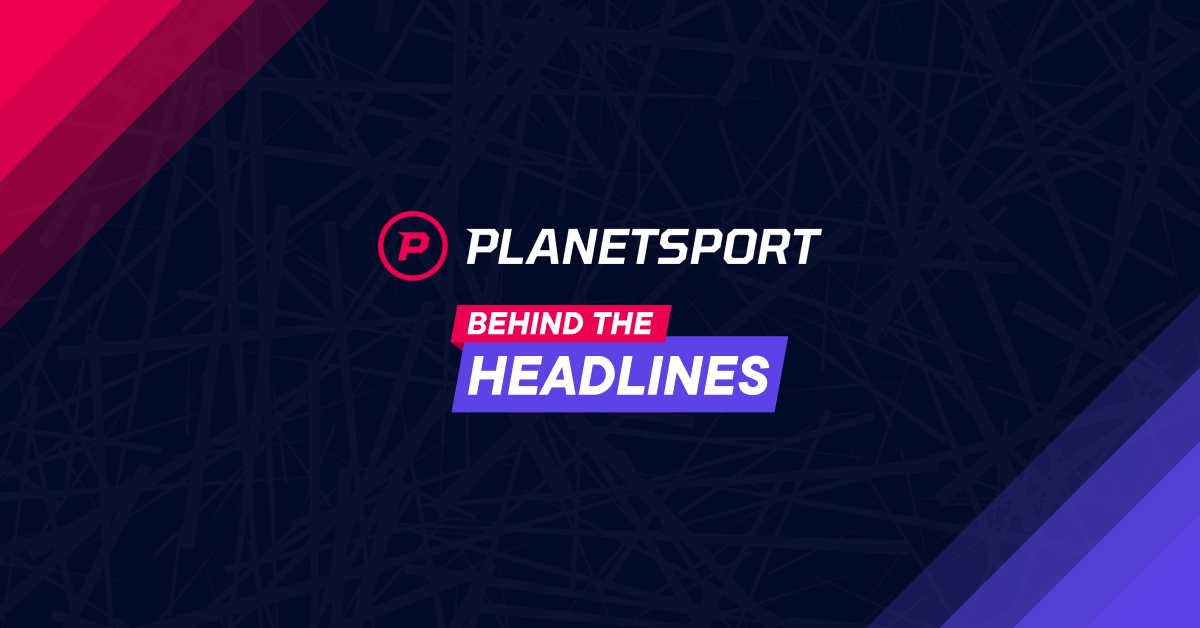 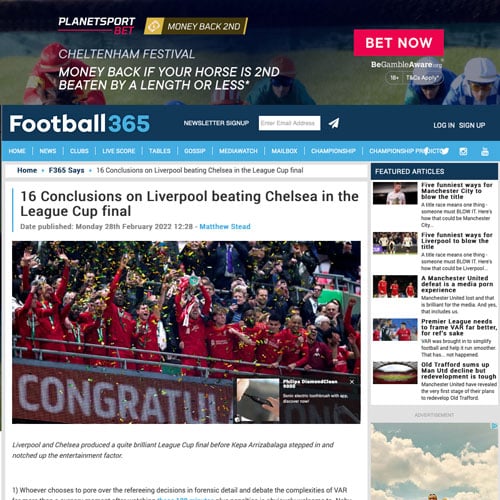 "Over a decade ago, we started doing 16 Conclusions on the biggest games, writing over 2000 words on one football match and taking in all the tactics, narratives and personalities that intrigue us and the readers.
This is one of the finest examples I have ever read - it is funny, incisive and as entertaining as the Carabao Cup final itself. It was on site within two hours of the final whistle and is simply brilliant writing.
It is a rare example of a piece of content that delivered in terms of both traffic and excellence. This is the opposite of clickbait - it is considered, time-consuming excellence."

Exclusive: Ireland and Munster stalwart CJ Stander has ‘no regrets’ about rugby retirement 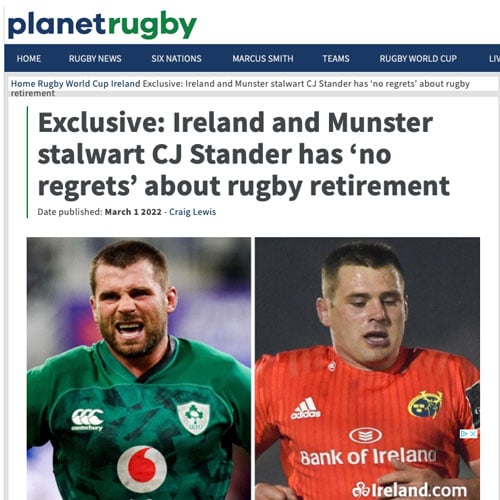 "This exclusive from Craig Lewis was well received in many corners of the rugby globe as CJ Stander began his playing days in South Africa before heading north to Ireland and Munster in 2012 for a glittering career that saw him become eligible for the Six Nations side in 2015.

The hard-running number eight was an excellent performer for Munster over nine fruitful years and quickly became a firm favourite amongst their fans and that was a similar story with Ireland as he helped them to a Six Nations Grand Slam in 2018.
His retirement in 2021 at the age of 30 came as a shock to many around the world but, as he says, he wanted the decision to be on his "own terms" and this piece explains his reasoning for heading to Paarl in South Africa.
Touching on his playing days and also life after rugby, Craig's feature with one of the game's well-known international number eights was a highlight with readers this month.
With South Africa and Ireland supporters some of the most passionate in the sport, the comments in this piece have been frequent as they offer their opinions. As mentioned, Stander's retirement from all rugby did come as a surprise and this sheds some light on his reasoning for the decision to hang up his boots and how life has been since he headed home.
Planet Rugby once ran a 'Life after Rugby' series and feel it's an important topic and of interest to readers to see what their sporting heroes are doing since retirement."

Richard Krajicek exclusive: Why his Wimbledon win in 1996 is still reaping rewards 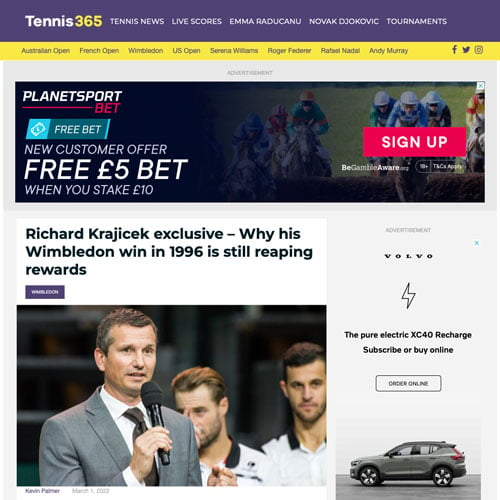 "We sat down with 1996 Wimbledon champion Richard Krajicek for an agenda-setting interview looking back at Richard's Wimbledon legacy. It was picked up by sports websites around the globe as we also spoke about the Novak Djokovic vaccine scandal, Andy Murray's future, what comes next for Emma Raduanu .
It extended Tennis365's reputation for ground-breaking interviews with the biggest stars in tennis, cementing our status as the most authoritative and influential website in the game."