Digital Sport North, hosted by Rich Williams, was the second in a series of networking events specifically designed to bring together leaders in and around sport, tech and digital, sponsored by Planet Sport, Leeds City Council and Spike. The main focus of the evening was an in-depth interview with sports media executive Peter Hutton, who took the audience through his glittering career working on every major sport event, launching and running sports TV channels across Europe, Asia, the Middle East and North Africa and the Indian sub-continent.

Peter’s views about the current state of the sports media industry were fascinating and it was a real treat to learn about his incredible journey from a junior sports radio reporter in Leeds, through the early days of Sky Sports, to leading ESPN/Star in Asia, via stints at Ten Sports, Fox and IMG, before becoming CEO of Europe’s largest sports channel, the Discovery-owned Eurosport, where he was instrumental in their growth and rebrand from an eclectic mix of sports rights to their acquisition of the Olympic Games and development as the ‘Home of Cycling’.

Peter now works in Silicon Valley, where he leads Meta’s sports strategy and media partnerships worldwide, helping rights holders, broadcasters, agencies, athletes and producers leverage and make the most from Meta’s suite of technologies; Facebook, Instagram, WhatsApp, Messenger, Meta Quest and Portal. He left everyone buzzing to learn how he sees sport and technology enhancing fan engagement in the future and much more. 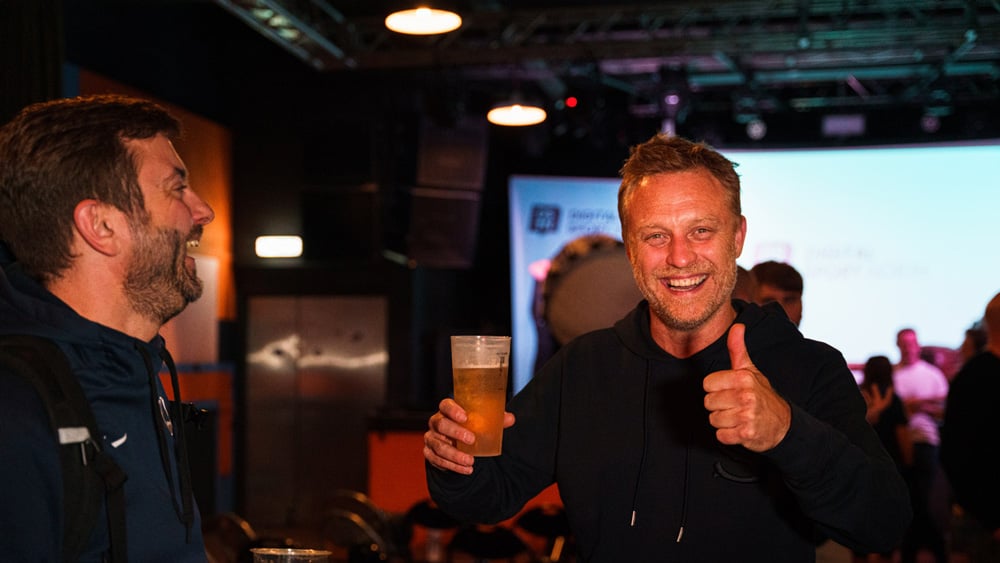 Senior representatives from companies such as UEFA, Sky, Flutter Entertainment, Amazon, FootballCo, PA Media, StatsPerform, and many more were on hand in the audience and met faces old and new over a few drinks once Rich and Peter had finished to rapturous applause.

Digital Sport North is a networking organisation dedicated to bringing people working in digital sport and related industries from the North together. Once again on this occasion, DSN proved that there's plenty of life outside of London!