International Women's Day (March 8) is a global day celebrating the social, economic, cultural, and political achievements of women. This year's theme is 'breaking the bias'. That's something Football365 Editor Sarah Winterburn has been doing in sports journalism for years whilst building a real football media institution. 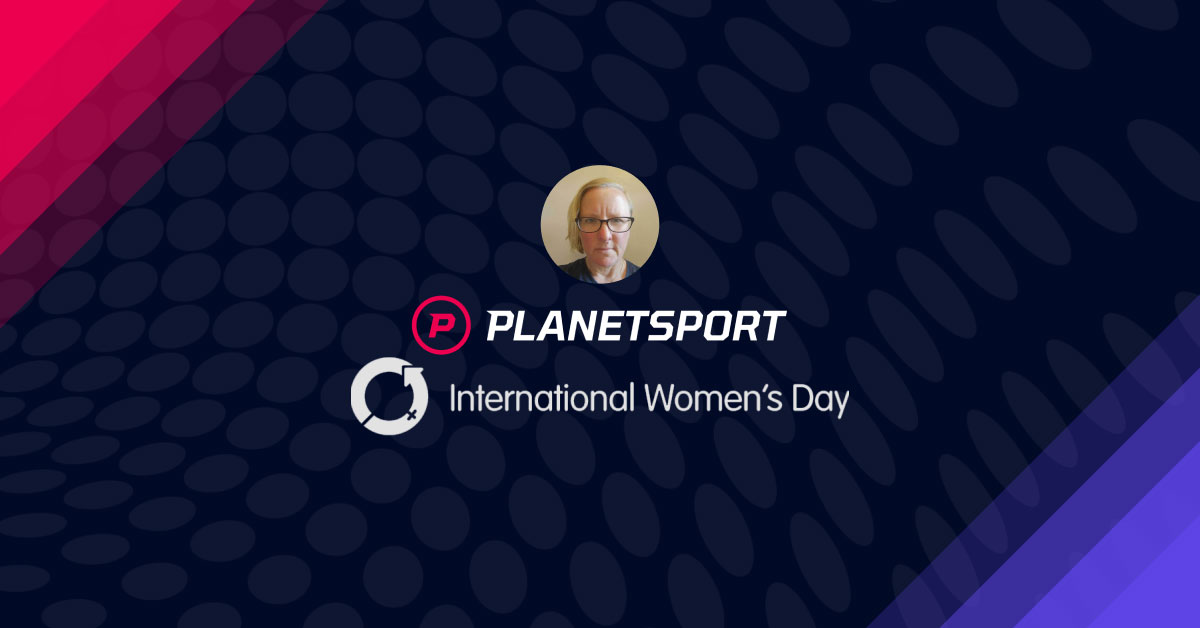 Sarah Winterburn has led Football365 as Editor since 2002, managing a growing team of full-time football journalists and freelance contributors, publishing hundreds of articles each week.

Her much-loved title attracts more than 4 million monthly readers across a range of platforms and is a two-time Football Supporters Association (FSA) winner. F365's audience really appreciate the exciting, forthright style that Sarah and her team have cultivated and nurtured over the years.

We sat down with Sarah recently to learn how she's overcome some rather entrenched attitudes in the press box and successfully managed to grow and develop Football365.

Football365 is a bit of a legend in football publishing and has pretty much been there since the dawn of the internet. Take us back to when you first started with the title, how did you join F365?

Well that takes us back to before some of our young journalists were even born, back to 1999 when the internet was a new and shiny plaything.

I was working for Hayters Sports Agency - writing for various newspapers and magazines - and started doing a day a week with F365. I must have made an impression because they offered me a job, which I took purely for the money, if I am honest.

At that time people did not think the internet would ever catch on and I was told several times by people on traditional media that I had made a mistake!

What inspired you to become a sports journalist in the first place?

I genuinely fell into it. I needed work experience at university, had been incredibly slack about sorting it out, and one of my tutors suggested Hayters.

You started a career in sports journalism at a time when there were very few female writers. How were your experiences in those early years?

It confused a lot of people. I would more often than not be the only woman in every press box.

I would habitually get patronised and occasionally get propositioned. You always had to win people over, which is something men never face in the same position.

Has sports media changed much since then? In your experience, is it a much more welcoming place regardless of gender?

In sports media as well as in general life, there is a shift towards gender not being an issue, but the pace of change is painfully slow.

There are still only a small minority of football media professionals who are female, and I am - as far as I am aware - still in a group of one when it comes to being the female editor of a successful, mainstream football website.

My job still comes as a shock to almost everybody I meet and that is a damning indictment of the intrinsic link between the football media and gender. Is it better? Yes. Could it be lots better still? Undoubtedly.

What do you think could be done to break gender bias in football and particularly in journalism?

I don't propose to know the answers but various surveys done by Women in Football suggest that women are still being subjected to prejudice and quite often sexual misconduct within football.

While football publicly battles against racism and occasionally homophobia, there is little acknowledgement from within the sport that there is any institutional sexism. But as long as football's decision-makers are largely white, middle-class men, that problem will remain. So the decision-makers need to change so the decisions can change.

Hopefully more visibility will lead to more women pursuing and applying for jobs within football. It's hard to tell women the door is open when you know somebody is leaning on the other side.

Football365 has developed an array of signature features under your leadership - but Mediawatch is the must-read lunchtime content for many. How did that come about?

Mediawatch just about pre-dates me but it has evolved massively on my watch. It started out as a collection of funny stories from the newspapers and over the next 20 years it became this sardonic, cynical, slightly arsey examination of the football media.

It is an institution, though it gets me into trouble far more often than any other of our content.

You have mentored and developed some fantastic writers on F365 over the years such as Daniel Storey, Matt Stanger and Nick Miller - do you enjoy that part of your job?

I absolutely do and although I am gutted when they leave, I am also ridiculously proud of what they become.

I take it as a massive compliment when they are headhunted as it shows we are doing something right.

We have a very busy WhatsApp group featuring those guys and they still contribute with Mediawatch spots, presumably so we leave them alone!

Football365’s distinctive tone runs right through all news and features on the site - do any other sites impress you?

I think The Guardian puts out consistently good content and they are one of the few who balance the serious aspects of the sport with the acknowledgement that actually, it is really quite silly.

The Athletic are brilliant but then they really should be with that budget…!

Finally, what has been your proudest moment as F365 Editor?

The obvious one is winning the FSA awards because they are voted for by the fans but actually, I have a proud moment about once a week when I look at the site and I think we do a pretty good job…